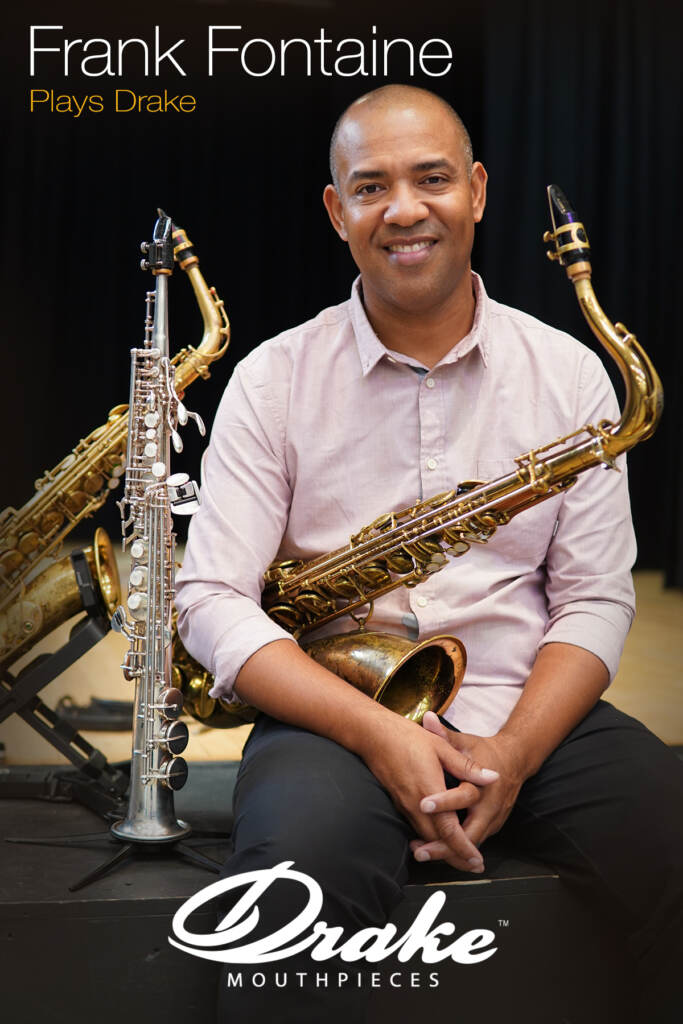 “If your sound is your livelihood, if exhibiting the qualities of past legends in your playing is important to you, if pure stylistic flexibility is an aspiration of yours, and if you are audacious enough to actually… BE YOURSELF. Aaron can help you figure out which piece might be the best fit for you… Stop being nervous, start being COURAGEOUS! I’m soooooo glad that I did.”

Frank is the Saxophonist of choice for an incredible array of artists – from elder statesmen of the music to the most innovative voices of today. Frank is featured on the recordings of Patti LaBelle, Gladys Knight, Celia Cruz, Mariah Carey, Bobby Matos, the films of Tyler Perry, woodwinds for Nickelodeon including “Dora the Explorer”, as well as the Grammy Nominated recordings of Charanga Cubana, Oscar Cartaya, Tim Davies, and Marc Antonio Solis.

Academically, Frank is as accomplished. He has earned; Bachelor of arts in Jazz Studies from the Manhattan School of Music, Master of Education from Seton Hall University, and currently Frank is engaged in research at Boston University where he will be a candidate for Doctor of Musical Arts degree. Research interest in including Jazz as a Community of Practice, and the professional development of post-collegiate jazz musicians.

“More than anything, I want my career to be defined by exemplifying the highest standard of musical performance, academic prowess, advocacy for marginalized musicians, and personal integrity”.

The Drake family of artists is a growing and worldwide community. These musicians are connected by their musical pursuits and their common recognition of the outstanding quality of our mouthpieces. We support musicianship with our inspired designs, which empower performers to reveal their unique voice. » Featured Artists 2021