The design process was over two years in the making for the “EB” model, with extensive input and feedback from Bergonzi at every stage. The result is a mouthpiece that generates a lustrous, lush, fat sound, in line with the best vintage mouthpieces of the era.

.Bergonzi first gained recognition as he became a frequent guest-artist on several Dave Brubeck ensemble tours and recordings during the 1970s, and he held the saxophone chair in the Dave Brubeck quartet from 1979 – 1982.[3] He recorded nine albums with Brubeck, from 1973 to 1981.[4] Bergonzi teaches at the New England Conservatory of Music in Boston.[1] He is the author of Inside Improvisation, a multi-volume series of instructional books with play-along CDs and videos, and another series of books about improvisation published by Advance Music. He is also the author of the book/CD set Sound Advice, published by Jamey Aebersold Jazz. 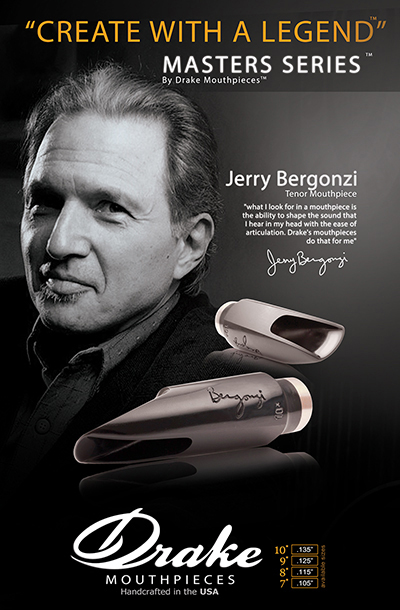 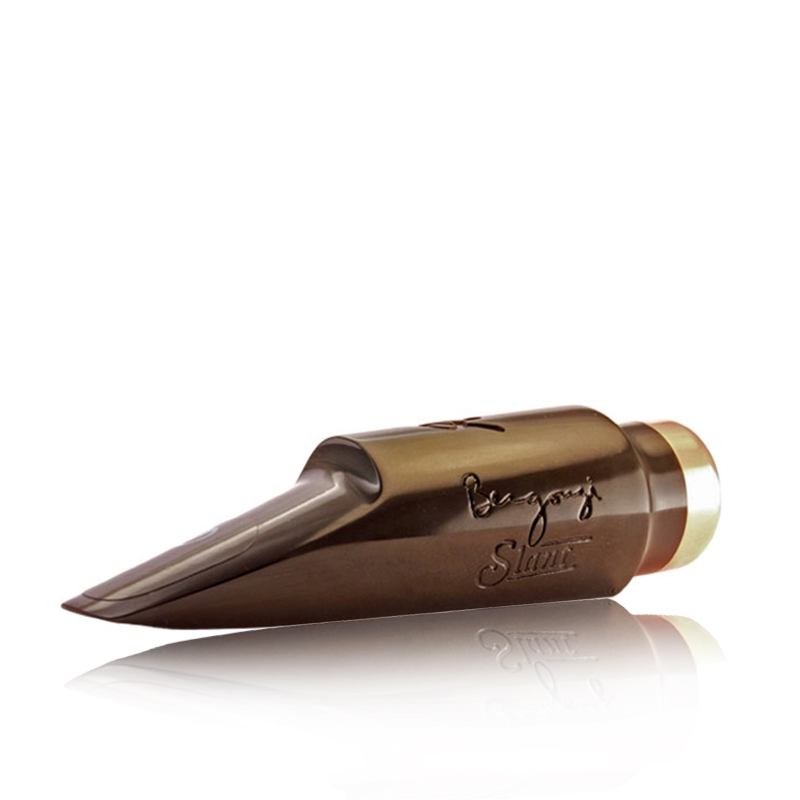 The New Bergonzi “Slant” Model This new model is a result of a long time collaboration between Jerry Bergonzi and Aaron Drake. 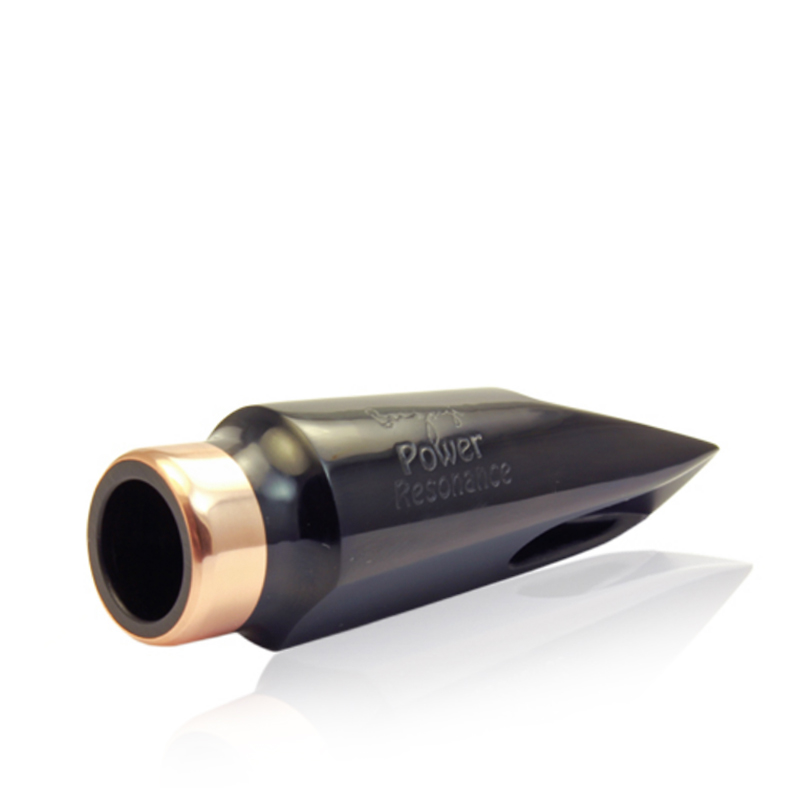 “When I listen to all my favorite recordings of Saxophone players, the sound is in front of the band like a vocalist would be, having great presence to hear all the nuances in the sound. That’s why I like the “Power Resonance” mouthpiece as it gives that type if presence.” – Jerry

The Bergonzi “Power Resonance” Model features a rollover baffle contour – identical to the Bergonzi “EB” model – with a raised floor contour which gives the piece greater projection without being bright. 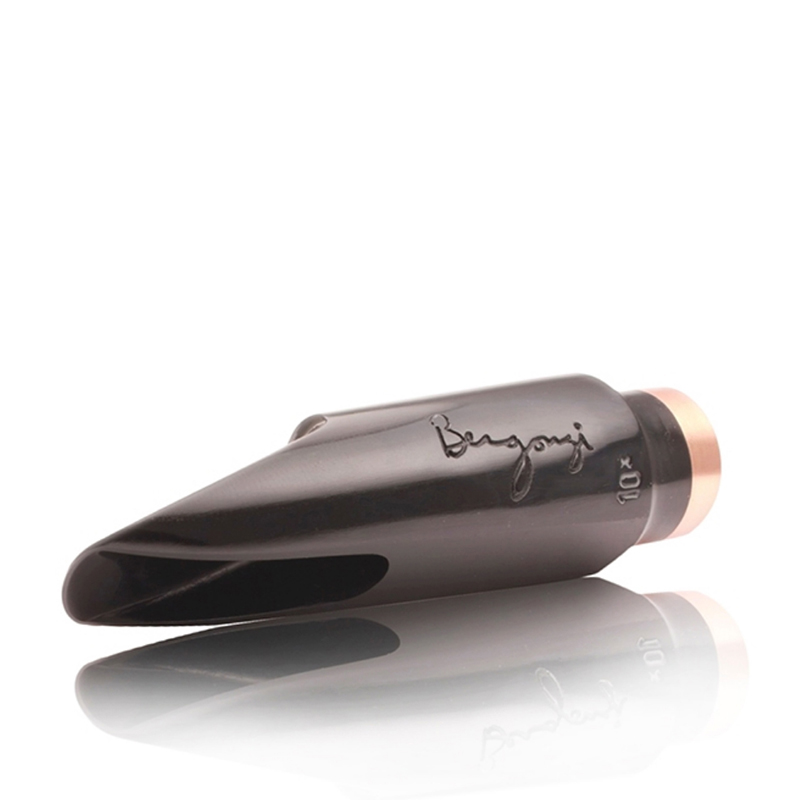 This Drake design was founded on the most desirable aspects of Jerry Bergonzi’s Early Babbitt model. Hence the designation, “EB”.

The EB is a large, round chamber mouthpiece that incorporates the classic “crescent” shaped baffle, which transitions to a recalibrated floor contour. The tip and side rails are finished to Jerry’s exact specifications. He prefers a slightly wider contour that facilitates a fat sound and stabilizes the attack. 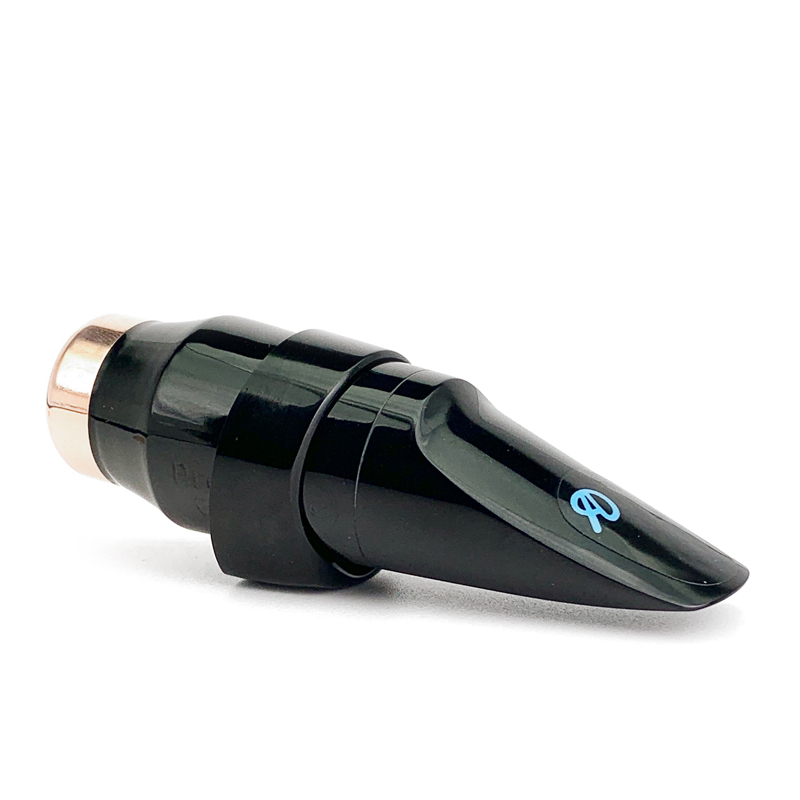 Aaron Drake’s Presence design is informed by the Soloist models of the classic era, while adding innovations that inspire modern saxophonists.

Based on the same essential mouthpiece played by Joe Henderson, the Presence incorporates a “U” shaped chamber with flat side walls. This acoustic design creates a specific feel to the air flow and projects a very substantial core tone. Drake’s design modifications optimize the Presence for larger tip-openings – something that was a challenge for players of the traditional version.